We strongly recommend viewing BlueSky in your browser. Click on our masthead

Finishing touches - the importance of loving an aircraft inside and out

For private and business jet owners, who spend extensive amounts of time onboard their aircraft, rarely using commercial airlines, a pristine exterior finish, along with a stylishly finished interior are equally as important as the plane’s airworthiness.

Aircraft interior and exterior completions specialists, RAS Group - part of the global base and line maintenance service, JET MS, who is, in turn, an integral part of the Avia Solutions Group - share advice on the values and cost benefits of well-maintained aircraft interiors and exteriors with commercial and business jet owners. 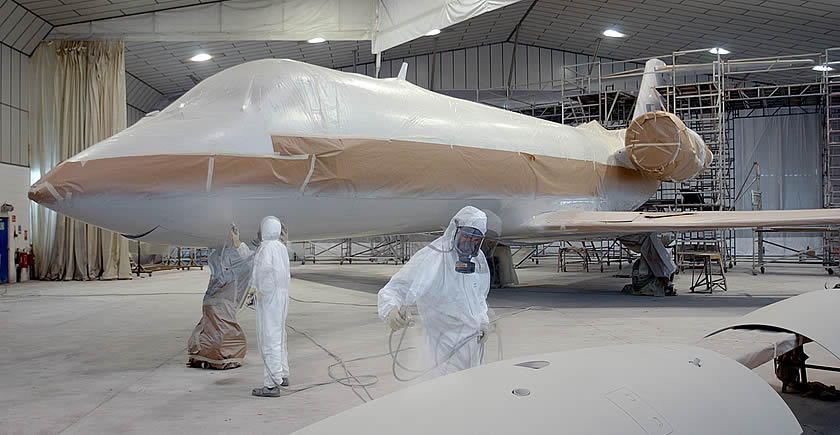 The aircraft’s aesthetics often portray its owner’s values and attention to detail in all aspects of their personal and business life. The exterior aesthetics, accompanied by luxuriously crafted interiors are rarely left to chance, and their constant maintenance and ability to perform are catered for by dedicated specialists and craftspeople who fully understand their value and importance.

There is now greater demand for bespoke aircraft interiors, including expertly crafted trimmings, hand-selected leathers, and other elegant upholstery materials. As the range of business aircraft owners steadily expands, premier interior and exterior maintenance and refurbishment specialists are pushing the boundaries in design and practicality and adapting to the unique needs of the aircraft owners.