PrivateFly, a Directional Aviation company, has revealed that more than one in ten of all its private jet flights were paid for in Bitcoin last month, representing 19% of its sales.

The popularity of buying flights with cryptocurrencies has soared for the company in the last few months, rising from typically 1-2% of flights per month in recent years, to 12% in December and 13% in January.

In terms of revenue, the jump is greater still with Bitcoin payments making up 19% of PrivateFly’s sales revenue across December and January, since those using Bitcoin are spending more than average on their flights.

PrivateFly led the way in 2014 as the first global private jet company to accept payments via Bitcoin, when digital currencies were in their infancy. It has since offered clients the ability to pay in Bitcoin (or other cryptocurrencies) via BitPay for one-off flights or memberships, but immediately converted the payment to euros, pounds or dollars, to remove volatility risk.

But the company’s new Bitcoin Jet Account now allows clients to hold onto their Bitcoin, by opening a membership and keeping their account funds in the cryptocurrency. 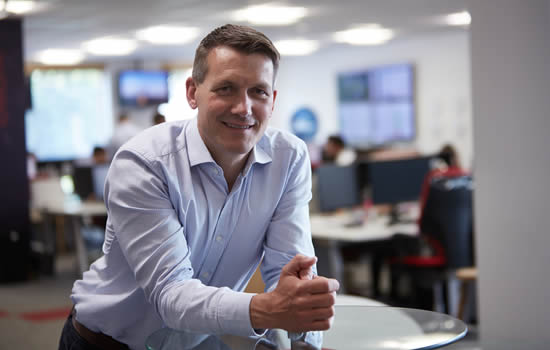 Adam Twidell, PrivateFly CEO, said: “While we have accepted Bitcoin payments for many years now, cryptocurrency transactions have really taken off in recent months. These are in line with Bitcoin’s climb in value - to the extent that 13% of our flights were paid for in this way last month. We have previously seen just 1-2% each month.

“Some of these are clients who are looking to realise their gains, while others want to hold onto their cryptocurrency, in expectation of future increases. So, in addition to taking out a membership with us in Bitcoin and converting the account funds into traditional currency (as we have offered for a while), we now offer a membership program that allows the account funds to stay in Bitcoin.”

The PrivateFly Bitcoin Jet Account allows members to place funds on account in Bitcoin and then charges them for future flights according to the cryptocurrency’s value at the time of the booking - much like any other currency.

Alternatively, those who want to leave their Bitcoin untouched can opt to pay for each flight in another currency, with the Bitcoin account funds acting as a security deposit to give them the benefits of membership, which include faster booking, preferred cancellation terms and earning flight credits.

Twidell continued: “PrivateFly has always sought to make private jet travel easier to book, combining innovative technology with deep industry expertise and the secure backing of one of the world’s largest private aviation groups, with annual revenues of over $2 billion.

“Many of our clients are tech-savvy and entrepreneurial people, which is why we started accepting Bitcoin payments for one-off flights in 2014, a world first at the time. We are now the first to offer a private jet membership program based on Bitcoin funds.”

Seven years ago, Belgian tech entrepreneur Olivier Janssens, became PrivateFly’s first ever Bitcoin client, when in 2014 he flew from Brussels to Nice Cote D'Azur - booked and paid for on the same day.

At the time Janssens said: "I am a firm supporter of Bitcoin and the efficiency it offers compared to other currencies - as a payment method and an investment. The flight was the biggest Bitcoin payment transaction I have made, but it was very easy and efficient, particularly as I wanted to fly at very short notice. It was the perfect way to pay.”

PrivateFly offers one-off ‘on-demand’ private flights, but those looking to fly more often can deposit funds in a membership account - using traditional currencies or now in Bitcoin - or purchase a Jet Card.

PrivateFly’s Jet Account allows clients to place funds into a dedicated, secure account to streamline their payments. As with its on-demand service, members compare options from a wide choice of aircraft via its global network of safety-accredited operators.

Meanwhile, Jet Card holders commit to a minimum of 25 flying hours on their preferred aircraft category, and in turn benefit from all-inclusive hourly rates, short-notice booking and better cancellation terms. They also get guaranteed access to PrivateFly’s family fleet of jets and other premium aircraft suppliers, as well as a 24/7 service through a dedicated Personal Account Manager.

Alongside Bitcoin, PrivateFly also accepts a range of other cryptocurrencies via BitPay, including Bitcoin Cash, Ethereum and four USD-pegged stablecoins (GUSD, USDC, PAX, and BUSD).