London based Colibri Aircraft, which specialises in the marketing, resale and purchase of pre-owned private aircraft, says a huge shortage of pilots in the European private jet sector is resulting in owners not always being able to use their aircraft when they need to.

The company believes this problem will get worse as airlines are retiring current pilots and recruiting from the private jet sector, and growing markets in Asia, the Middle East and elsewhere are attracting more European pilots.

Colibri Aircraft says around 7 in 10 sales it works on encounters difficulties in being able to guarantee sufficient access to a pilot or crew. Five years ago, only around 20% of cases Colibri Aircraft worked on was affected by this problem. 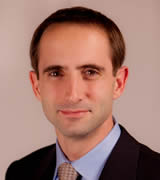 “The pilot shortfall is a combination of several factors including the legal retirement age for pilots being set at 65, and growing demand for pilots from overseas markets - especially Asia and the Middle East.

“We are increasingly having to research in the early stages of an acquisition at how clients plan to crew their aircraft. If they decide to only hire one full-time pilot and rely on contract crew, they increasingly run the risk of not having crew available when they want to fly.”

Colibri Aircraft says the easiest solution for an owner is to pay a higher monthly cost to have three full-time pilots available when they want to fly. Another option is to consider an operator who already has crew on their certificate that they can use.

Stone concludes: “Jet ownership should be a means of making your life easier, but right now crew availability is a real issue affecting ownership and usage that increasingly has to be considered before making a purchase.”