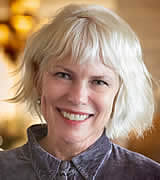 Determining the probable cause of an accident is an important function of the National Transportation Safety Board (NTSB). Promoting transportation safety is an equally important one.

NTSB Vice Chairman Bruce Landsberg’s far-ranging presentation to the Wichita Aero Club on December 4 had to help on that second count. Attendees nodded in chagrined agreement when Landsberg brought up a number of no-no’s.

He also pointed out that we’re not as good or as invincible as we think. “Multitasking makes you stupid,” he said. It’s also easy to think, because you never had a crash, it can’t happen to you. 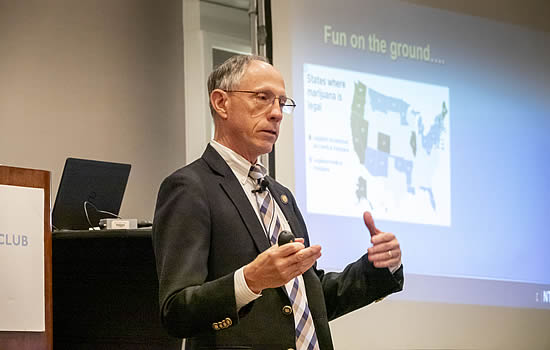 Landsberg mentioned how marijuana can derail a pilot’s career, not only through accidents. Usage or possession can lead to license suspension or revocation. Pilots shouldn’t be lulled into false security by marijuana now being legal in many states. There are still consequences under FAA Federal Aviation Regulations (FARs).

Then there’s the whole, very-real Dunning Kruger Effect, where people can’t recognize their own lack of ability. You falsely believe, it couldn’t happen to you, or if it did, you wouldn’t make the same mistake. In the cockpit, thinking you’re smarter and more capable than you really are can get you into real trouble. Systems are designed for the top half of the bell curve, Landsberg noted, more for the Luke Skywalkers than the Homer Simpsons.

What you don’t know can kill you

And some accidents are caused by lack of knowledge. Example: diphenhydramine. This common drug can be found in everything from Benadryl for allergies to Tylenol for colds and flu. It shouldn’t be used when operating equipment - which includes flying a plane. While dosage intervals call for every eight hours, toxicology reports have found side effects (sleepiness, dizziness) can last longer. Diphenhydramine is the most common drug found in pilots killed in aviation accidents. 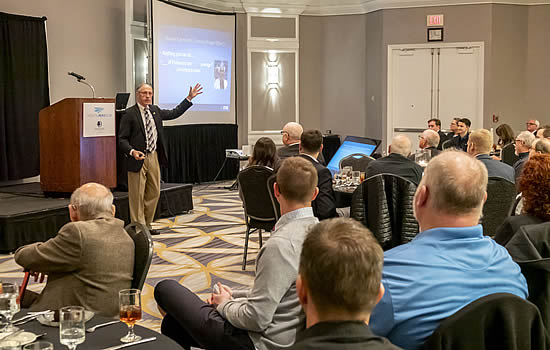 Beware the simple visual approach, Landsberg said. It can lull you into false complacency. Use electronic guidance especially at night. Every time. In the case of single-engine aircraft pilots, he warned, “If you’re putting all your eggs in one basket, watch that basket carefully.” That means being proactive in the use of big data to monitor systems and checking valves regularly, especially on older aircraft. He said it’s not always possible to glide in without power. Then he showed four different landscape scenarios that supported his point. All would make a successful emergency landing highly improbable.

A mention of the MAX

Landsberg touched briefly on the Boeing 737 MAX 8 issue, pointing out that both Lion Air and Ethiopian Airlines crashes happened in other countries, so the NTSB is not the lead investigator. However, the NTSB issued a Sept. 19, 2019 safety recommendation report. They include recommendations to address assumptions to how pilots respond to failure issues and diagnostic tools to help prioritize alerts so they aren’t bombarded by messages with no indicator of which to address first.

Safety is no accident

Landsberg has been a well-known general aviation safety advocate for decades, well before the 2018 swearing in to his current role. Previously, he served as president of the Aircraft Owners and Pilots Association Foundation and Air Safety Institute. There he conducted countless safety seminars and wrote a popular monthly column for its magazine, AOPA Pilot. Earlier in his career, he held management positions with FlightSafety International and Cessna Aircraft Company, and served as an associate editor for Flying magazine.

He closed his talk by slightly modifying a famous Vince Lombardi quote about winning. Landsberg changed it to say, “Safety isn’t everything; it’s the only thing.” Amen to that.